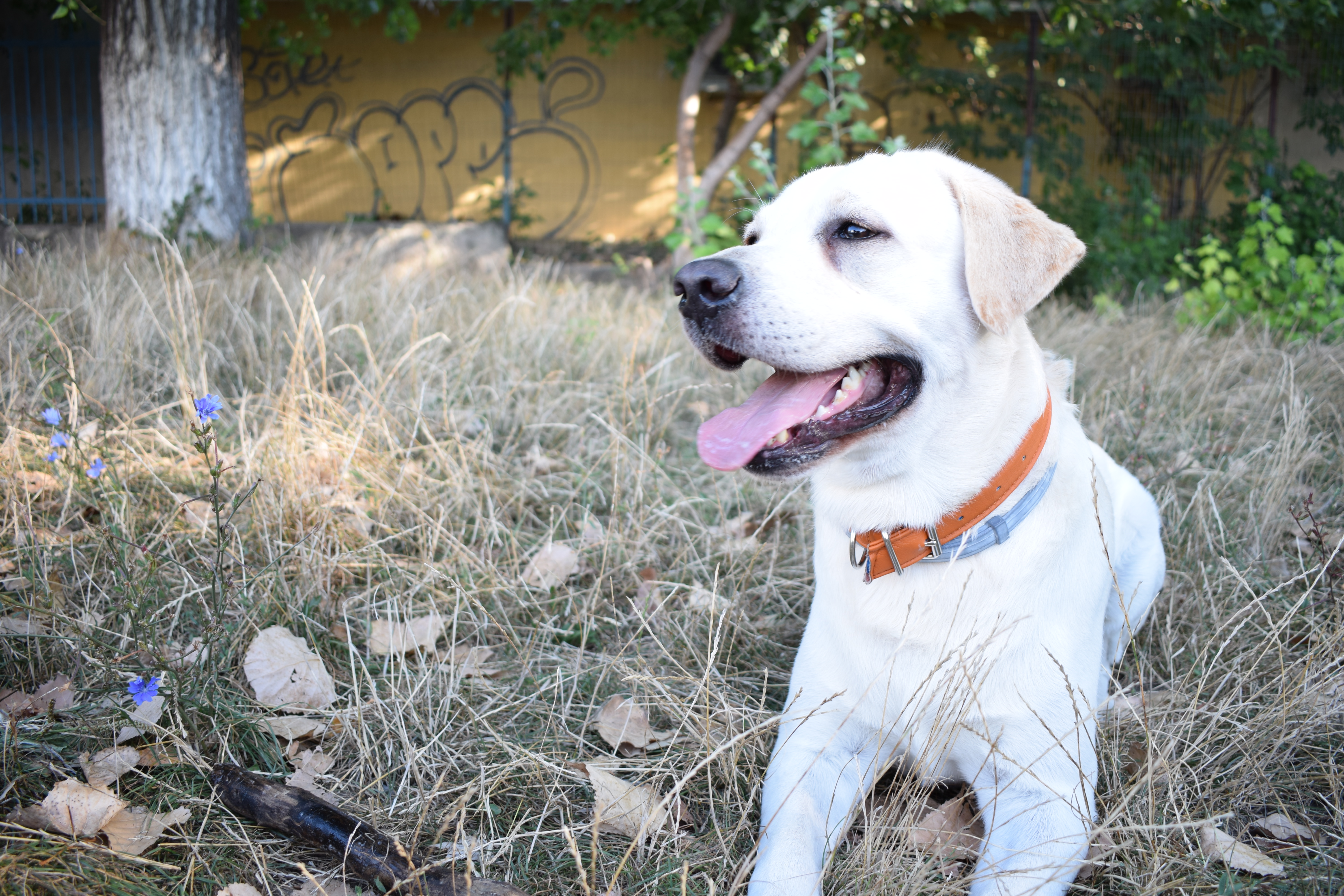 The theme of the Burmese theater ‘Pwe’, in general, and the Burmese puppet theater ‘Yoke-Thay Pwe’, in particular, is definitely very interesting but also very complex. Therefore, it is difficult to deal with it sufficiently in the form of an article. After all, entire books with hundreds of pages have been written on this subject. OK so; I try to do my best and please let me know if I have succeeded.

In his ‘Brandon’s Guide to Theater in Asia’, first published in January 1967, James A. Brandon wrote: “The description of the Burmese as a happy and smiling person is born on stage more than one would think possible” and which is very true.

The theater, ‘Pwe’ has in Burma a tradition that goes back many centuries. Although today, the especially urban but also rural public is increasingly directing their attention towards more modern and easier to consume forms of entertainment, such as television, cinema, videos and video games, etc. pwe (theater) is still very much alive except, sadly, for a form of pwe. But that’s anticipating.

There are various types of theater here in Burma. Perhaps the most popular is a mix of dance, music and drama called ‘Zat Pwe’. Zat pwe is often preceded by a theatrical form of pwe, called ‘Pya Zat’; here a heroic prince must defeat the evils of demons and sorcerers.

Another form of pwe refers to episodes of everyday life and is called ‘Anyein Pwe’. A pure dance theater performed by lead dancers and groups is the ‘Yein Pwe’.

Very rarely seen by foreign visitors / tourists as it is performed publicly only in the framework of animist festivals (Mt. Popa, Taungbyon, Magwe, Bago) and otherwise only at private ‘Nat Parties’ is the’ Nat Pwe ‘. This is an animistic event in which a Nat Kadaw is functioning as an intermediary between the nats (spirits) and the people who believe in supernatural beings and their powers and are communicating with the respective nat through the medium. This, by the way, is the reason to celebrate nat pwes. U Min Kyaw, who is also known by the names Ko Gyi Kyaw or Min Kyawzwa, is possibly the most beloved nat. U Min Kyaw is the keeper of drunkards and gamblers and being with him means having a good time. But the most important reason people like him is that he is granting wealth to all those who believe in him.

An exception to all the different types of pwe is a form of this art that is said to have its origins in India, but which over time has evolved into a uniquely Burmese form of theater: this is the ‘Yoke-Thay Pwe ‘or’ Marionette Theater ‘.

Historians have no opinion at all about the time when the puppets / string puppets made their first appearance in Burma. According to one opinion, they were first mentioned in a poem written by Rattasara, a Buddhist novice monk in the 15th century. Others say that the yoke-thay pwe has its basis in the time after King Hsinbyushin’s return to Ava after the conquest of the Thai capital, Ayutthaya, in 1767 AD.

Be that as it may, it is indisputable that King Hsinbyushin’s son, Singu Min (usurper of the throne), who succeeded him, called to life at his court a ‘Ministry of Fine Arts’ in 1776. He appointed ‘Minister of Royal Entertainment’ , U Thaw Win, who is now entrusted with developing a new art form pwe.

It is important to know and keep in mind that in Burmese history and in no small measure even today, standards of etiquette and moral behavior did not allow the public display of intimate romantic scenes and that portraying the future Buddha in the ‘Jataka’ tales. they were considered sacrilegious. For this reason, the actors refused to play this role. These things posed real problems and the solutions to these were marionettes or puppets. What human beings were not allowed and / or unwilling to do in public, wooden figures could do; the ‘Yoke-Thay Pwe’ was born.

It is not indisputable, but it is widely accepted that, by establishing strict guiding principles and rules, Minister Thaw Win regulated and standardized the yoke, which pwe more than any other type of pwe. From the stages to the puppets and their costumes, everything was standardized.

A yoke-thay pwe stage called in Burmese ‘chauk khan sin’ must be 30 feet / 9 meters wide and made of lightweight teak and bamboo. The background scene in which the stories are represented and told must always be the same: a primeval forest on the right, a throne on the left, and a sofa or divan in the center. According to the guidelines, the puppets are divided into ‘yoke-kyi-sin’, the large puppets (2.5 to 3 feet / 0.75 to 0.9 meters tall) and ‘yugo-thay-sin’ , the small puppets, later, up to 2.5 feet / 0.75 meters.

All the yokes of the pwe companies had to be registered and the number of string puppets, as well as their physical parts, was determined to be 28. This number is derived from the traditional Buddhist belief that each and every organism included 28 physical parts.

The art of puppetry requires not only many, many years to be learned under the close supervision of a puppeteer, but also a talent no less because a single puppeteer must manipulate 28 separate string puppets / marionettes. Some of these have up to 60 strings attached to them to perform the different gestures and dances. However, most puppets require mastering an average of just (!) 20 strings. The puppeteer also presents the dialogue of the puppets simultaneously supported by only two stage assistants.

Each of the 28 puppets derives and represents a mythical being or historical figure. They are usually:

An additional and very important figure not so much for the work as for the puppeteer is the x) guardian spirit of the puppeteers (Lamaing-Shin-Ma).

There are also other figures such as the guardian spirit of the trees (Nyaung-gyin) also known as ‘Old man of the Banyan tree’ and the y) page (Thu-Nge-Daw).

The costumes of all these figures are also clearly specified and must be identical to the original.

The main figures are always Minthamee and Mintha around whom the romantic plot always revolves.

In yoke-thay-pwe the utmost attention is paid to the orchestra and the vocalist, as they are of vital importance to her.

Also part of the orchestra g) a flute or a kind of oboe (hne).

The order of the various scenes is also predetermined and the stories that are played, especially those of “Ramayana” and “Jataka”, are usually the same and generally well known. The Ramayana tells the checkered story of the capture of the beautiful princess ‘Sita’ by the demon king ‘Dasagiri’ and her rescue by her heroic husband, Prince ‘Rama’. Jataka relates in a quasi-historical moral way to the overcoming of various sins by Gautama Buddha to obtain his ultimate rebirth and enlightenment.

The song that most yoke-thay-pwe performances open with is very popular in Burma for generations and is always the prelude to the appearance of the beloved ‘Maid of Honor’, ‘Ma Shat Tay’. Says so:

Unfortunately, the yoke-thay pwe that once received a higher status than any other form of pwe and that indisputably ruled the world of Burmese theater, is slowly but surely disappearing. This is partly due to the passing of the older generation of puppeteers, a loss that is unfortunately not compensated for by the appearance of a sufficient number of new teachers and partly because the traditional performances of yugo-thay pwe last almost an entire night. therefore, they are very demanding for both the puppeteers and the public. But nothing replaces this wonderful art of theater, highly entertaining, so something must be done to prevent its extinction.

Two of the few people in Burma (Myanmar) who do their best to keep the art of yok-thay pwe alive, both nationally and internationally in cooperation with UNESCO, are puppeteers Ma Ma Naing and her husband from the ‘Mandalay Marionettes Theater’ in Mandalay, located on 66th Street between 26th Street and 27th Street (just around the corner from Mandalay Swan Hotel and Sedona Hotel) where the best yoke-thay pwe performances take place every night.

The theater was founded by two women in 1986 and the company began its career by performing for tourists visiting Burma.

The two founders were Ma Ma Naing, daughter of U Thein Naing, the writer of Birmese Puppet Theater (1966), and Naing Ye Mar. The company is supervised by Burmese puppet researcher Dr. Tin Maung Kyi, U Pan Aye and U Shwe Nan Tin, highly respected and highly skilled puppeteers. The company has won several national awards and has performed in several foreign countries.

Whoever has the opportunity to visit the theater should take time for the pompadour; just do it and immerse yourself in the enchanting world of Burmese puppet theater. A highly entertaining evening and unforgettable experience outside of Burma is guaranteed.

All those who have dedicated their lives to perpetuating the art of puppetry, and all those who love to enjoy the moving and moving yoke, must make a united and tireless effort to call on ‘La-Maing-Shin-Ma’ not to Let this wonderful ancient form of entertainment be forever relegated to the past and disappear. You may have something wonderful in store. Remember, the ways of the celestials are mysterious. After all, your right to exist as the guardian spirit of the puppeteers is as much at stake as the existence of those whom you must protect.

So, dear La Maing Shin Ma, I suggest you roll up your sleeves and get to work.